Samuel Habib, 21, wants to date, leave home, go to college. But he drives a 350-pound wheelchair, uses a communication device, and can have a seizure at any moment. Determined to find his path forward, he seeks out guidance from America’s most rebellious disability activists. Will they empower him to launch the bold adult life he craves? DOCUMENTARY SHORT: Premiered May 17, 2022, as a New York Times Op-Docs. FEATURE LENGTH FILM: Coming 2024. The entire lead cast on this project - and the majority of the production and outreach crew - are people with disabilities. The film is available to watch FOR INDIVIDUAL USE ONLY below, with closed captions and audio description. For educational use and public presentations, see purchase option at bottom of page.


Dan and Samuel's work at the Westchester Institute for Human Development

To make a tax-deductible contribution to this project, go to the WIHD Donation page and select the designation “Disability Roadmap Project" 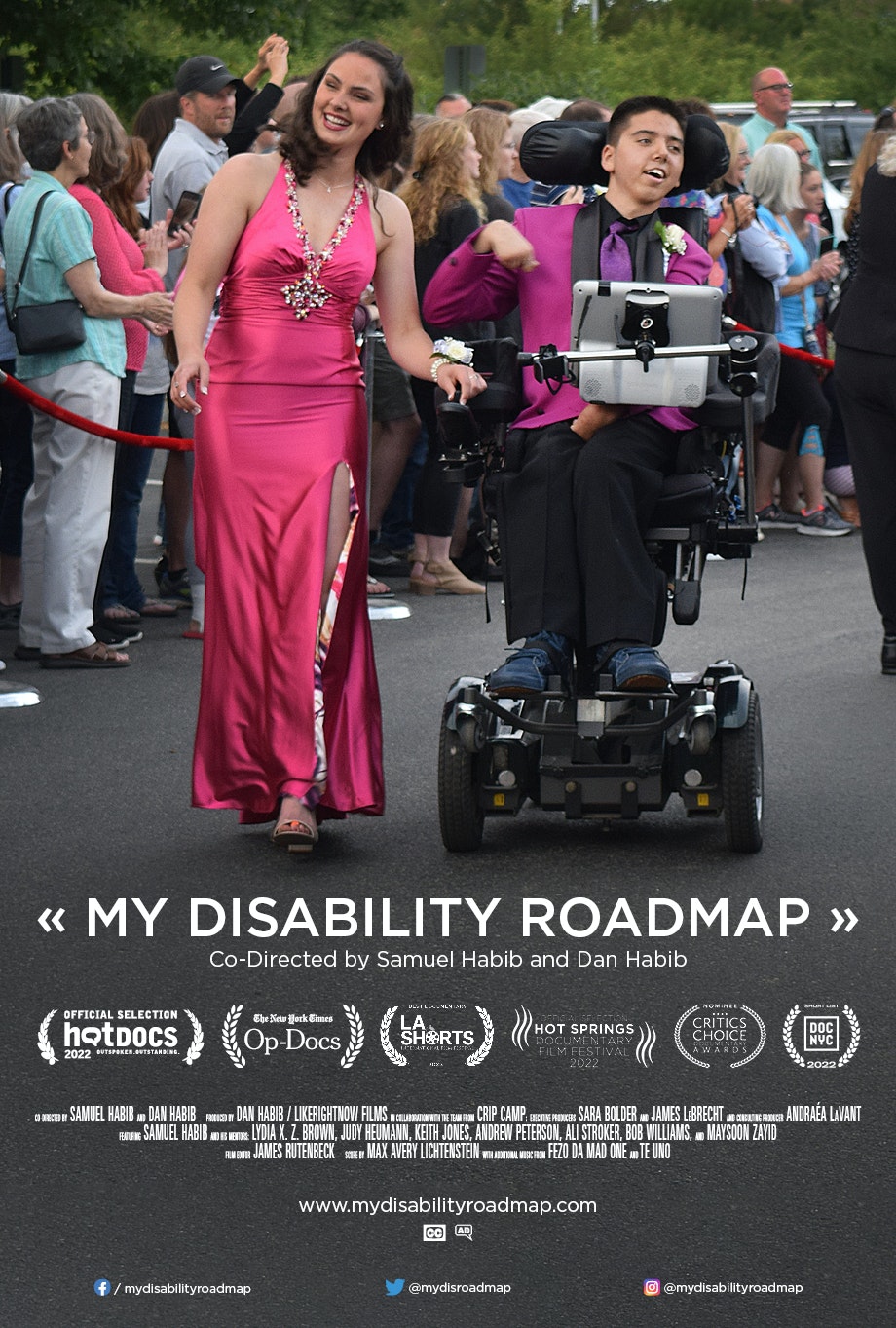